Ami | Strength Of A Woman

Ami (Aminata Doumbia) is an African Australian singer/songwriter and recording artist with Malian/Ivorian & Burundian roots. She was previously the lead singer of Melbourne based bands, Blak Roots, Black Jesus Experience and the Sydney based Baulkham Hills African Ladies Troupe Theatre performance & film documentary. Having lived in five different countries, Ami is musically inspired by the international cultures and rhythms that she encountered while remaining true to her African roots. She sings in four different languages including French and English.
Ami has performed in East Africa, China, England and her home base of Melbourne Australia at venues including the Melbourne Recital Centre, WOMAD, Spiegel Tent, Riverside and Belvoir Theatres in Sydney, the Sydney Opera and at the WOW Women Of The World Festival in London, the Nottingham Playhouse Theatre and at various festivals including Emerge, Multicultural Arts Victoria Visible Music Series.
Ami’s first single ‘Strength Of A Woman’ is dedicated to ‘The Baulkham Hills African Ladies Troupe’.  After hearing their stories of being victims of war, rape and domestic violence, Ami was inspired to write the song to fit as part of the production directed by Ms Ros Horin. The song is dedicated to Aminata Conteh-Biger, Rosemary Kariuki, Yarrie Bangura & Yordanos Haile-Michael as well as to Ami’s mother Melanie and to all women. ‘Strength Of A Woman’ is not about feminism, it’s about uplifting, encouraging and empowering women specifically in sad and difficult situations as women and children tend to suffer more, especially in situations of war.
Ami continues to write and work on more music to share with the world. 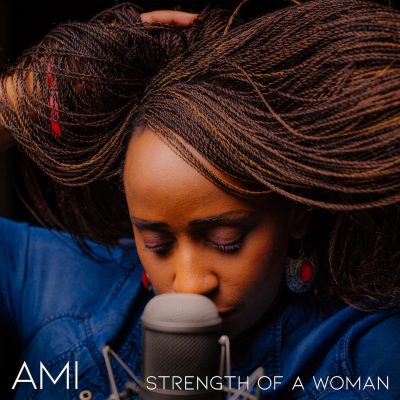 Ami | Strength Of A Woman