GIGI Rose is a fresh young Australian singer-songwriter based on Victoria’s Mornington Peninsula. With an Indie Pop vibe, GIGI uses her life experiences and dreams to create a dreamscape through her music and lyrics.

Her new track, ‘Monster’ refers to a damaged sole reflecting on someone struggling with self control, belonging and masking reality with alcohol.

GIGI first performed live at a beer garden with her Father in a small country town in Victoria and has since performed at venues, festivals and events. These formative music experiences shaped GIGI’s approach to music and inspired her to explore and get creative in her own way; ultimately leading her to singing and song writing as her significant forms of expression and connection.

Monster is the third single from GIGI’s album planned to release in mid 2019 and follows the successful release of first single ‘Fearless’ and ‘Cigarette’ in previous months. 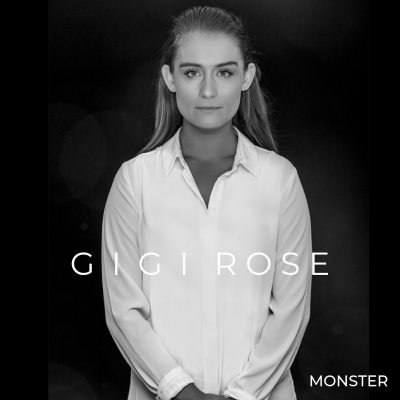