Sarahj is a 6-piece pop/punk alternative band featuring Sarah Jones on lead vocals, Connor McAuslan on drums, Jemma McPherson on keys/synth, Jack McAuslan on lead guitar, Kristian Brancaleone on rhythm guitar and Madison Waixel on bass.
The band pack a punch on stage and with a youthful, honest energy that can be felt by any audience. Their songs focus on the challenges of dealing with the emotional rollercoaster of modern life, drawing influence from bands like Paramore, Evanescence and 21 Pilots.
Sarahj believe in hard work and focused on doing what it takes to achieve their goals. In 2017, the band performed live throughout Melbourne and surrounds every single week, which not only grew their following, but also allowed the band to sharpen their live show.
Most recently, Sarahj performed in front of more than 5000 people as a grand finalist in the 2017/18 FReeZA Push Start Competition held at the St Kilda Festival. The band were chosen as one of the main winners and were presented the APRA AMCOS Songwriting Award which has already captured the attention of industry professionals and opened up promotional opportunities and further exposure.
Their debut single ‘Invincible’ was produced and recorded at Bounce Recording Studios, which is set for release on March 2, 2018 with Songbird Productions & Believe Digital. The song will be featured on Nova and KIIS 101.1 on the date of it’s launch. ‘Invincible’ has also been granted the opportunity to be played on over 300 radio stations in US.
The band has developed a huge social following on Facebook, reaching more than 52,000 views on Facebook video content, Instagram followers and likes, and YouTube views and shares.
Sarahj continue to write songs and are planning to release more music in the coming months to share with their fans and grow their reach. 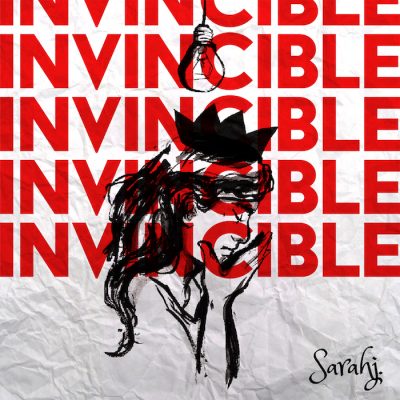